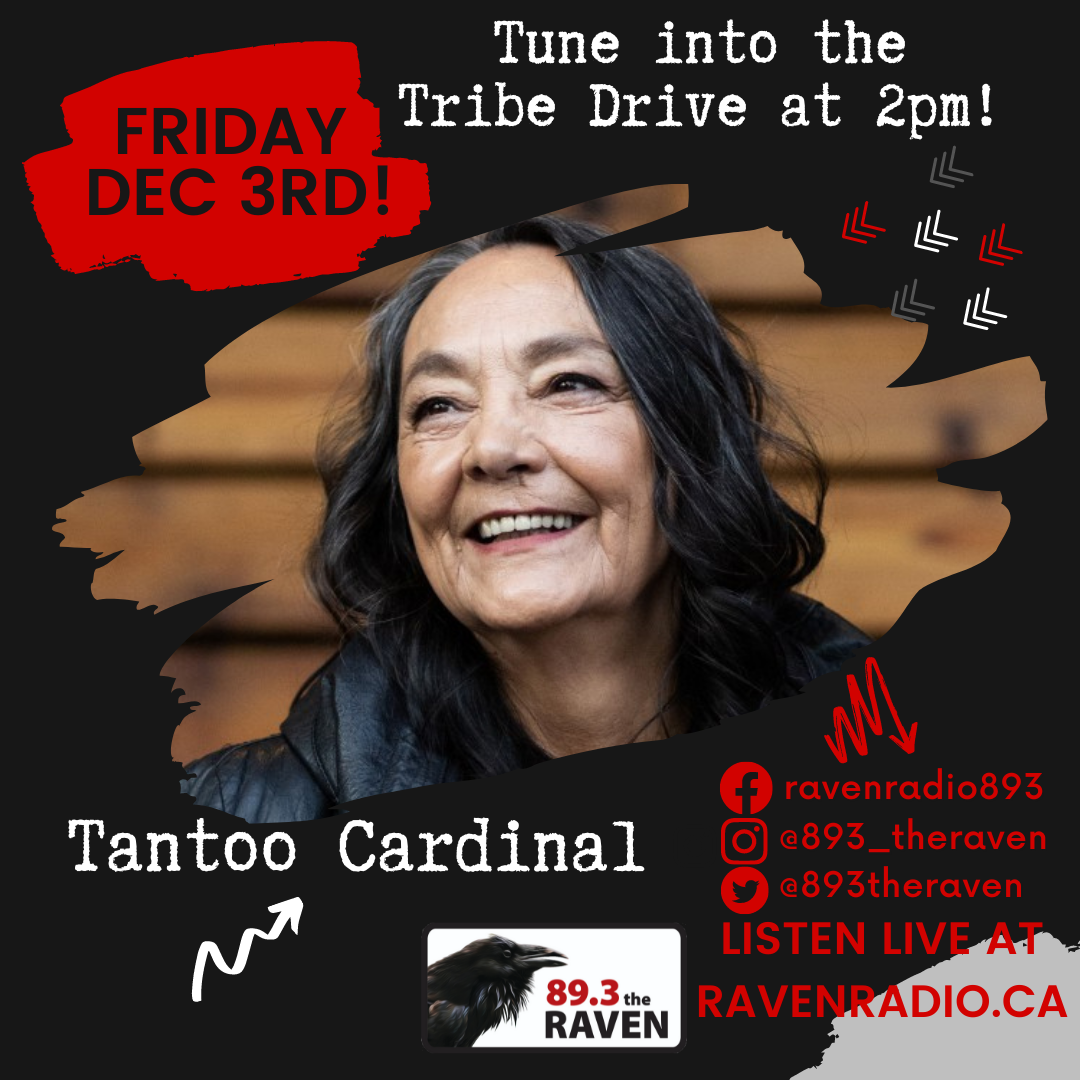 Rellik chats with Tantoo Cardinal. They discuss her recent Governor General arts award as well las some of her humble beginnings in Alberta as well as some of her favorite roles and some exciting projects coming up.

The Nammy Ballots are out !

The Ballots for the Native American Music Awards are out and Rellik is being considered in SIX categories !

22. Best Song from an Album - Dancing in the Kitchen

23. Record of the Year - Hourglass to Ebullience

Best of luck to all who submitted this year !

The BBRF was a huge success. The crowd, the energy , the vibes !

We were so thrilled to bring a new sound out to this awesome festival ! Thanks to those who came out for our Downtown Live performance and many thanks to the Downtown Business Association and Epcor for having us out !

Relliks has had TWO music videos selected to screen at this years event !

National Indigenous Day with Rellik on 89.3 The Raven 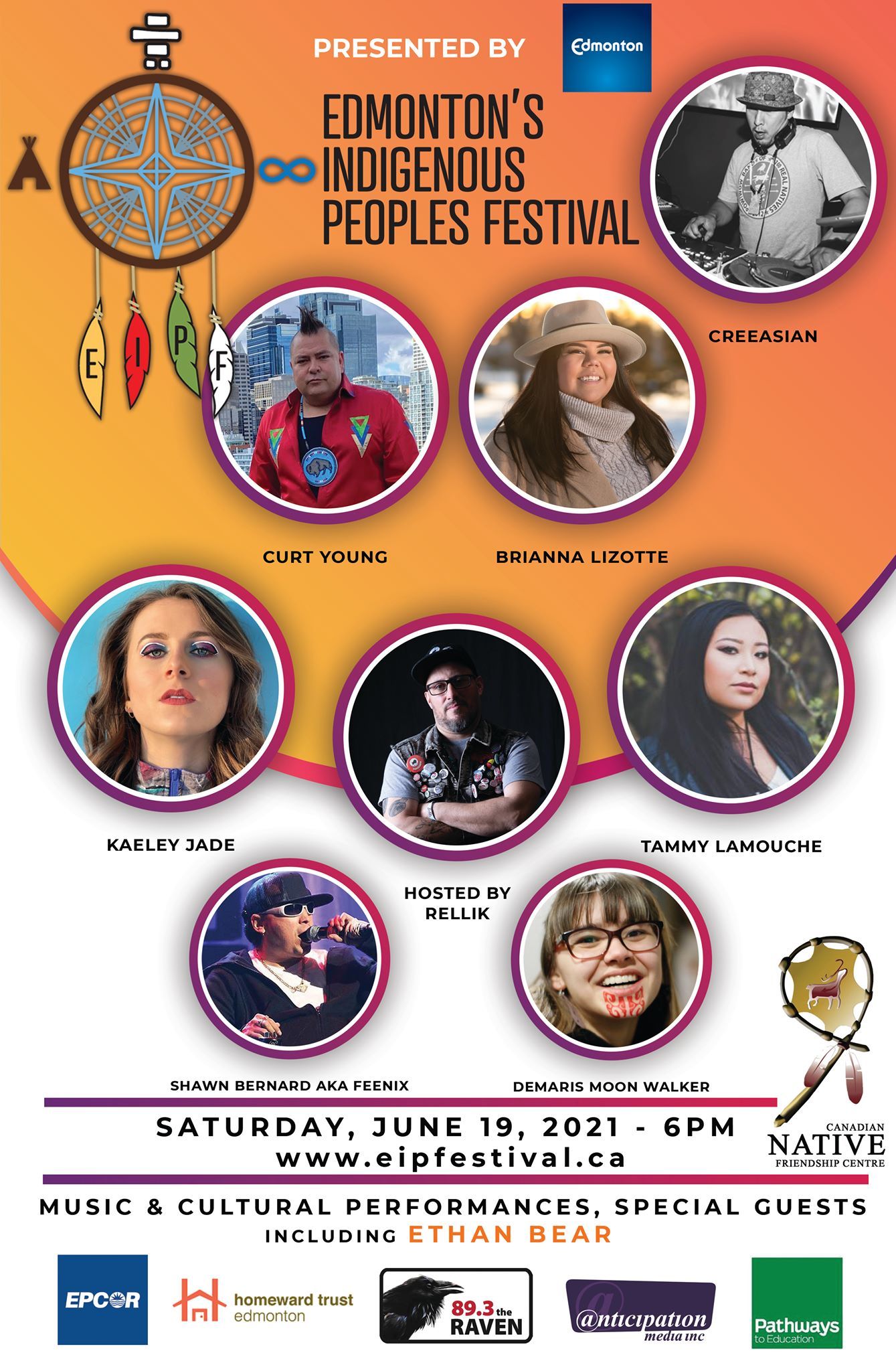 This year, we invite you to a virtual experience where First Nation, Métis and Inuit peoples and cultures will be celebrated through music, arts, education and entertainment.

How can I watch?
Check back closer to June 19 – we’ll post links to the virtual event.  No registration is required.

What is the schedule?
Full event schedule to be added soon!

Pigeon lake Music Festival has announced the return of live music and 89.3 The Raven is a proud co host and media partner. The 4th annual Pigeon Lake Music Festival is really cranking it up a notch! Get ready to shake your tail feather as Jade Eagleson, Streetheart, Dan Mangan, Nick Gilder & Sweeney Todd, Dear Rouge, Said The Whale, and many others provide the ultimate soundtrack to your summer. This is one party you won't want to miss! Visit www.plmf.ca for tickets and full event details

Rellik made Indigenous in Music Ambassador

We woke up to great news the other day !

Indigenous in Music , down in FL , USA honored us with the Ambassador title , for our contributions to the arts and Indigenous Music ! 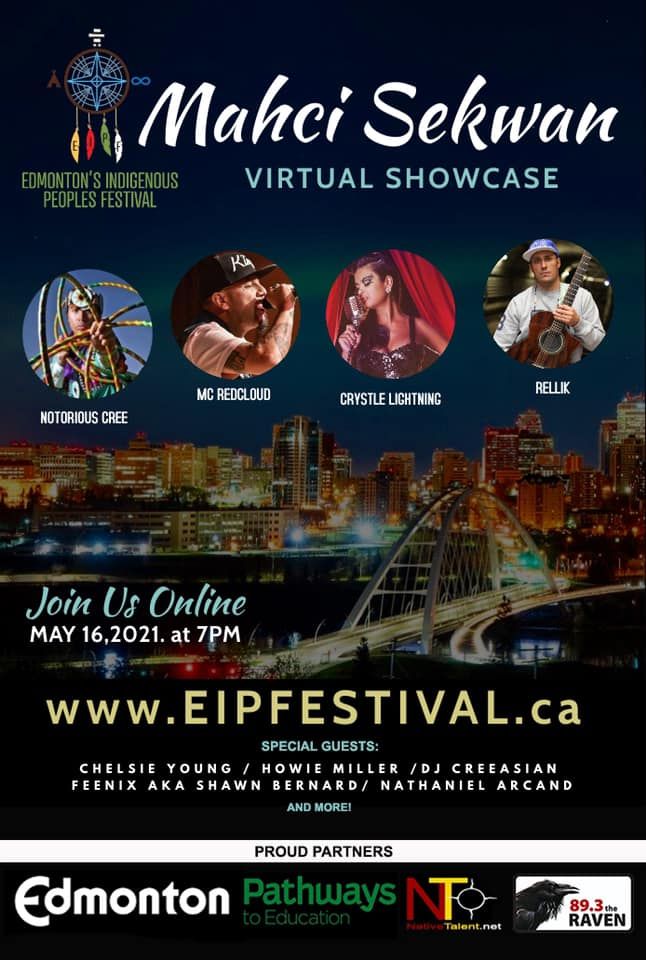 Rellik is among a stellar lineup of Treaty Six and Edmonton Indigenous performers, actors and entertainers.

Rellik and his team are excited to bring you brand new music for 2021!